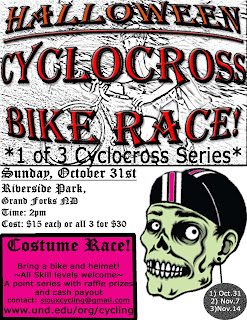 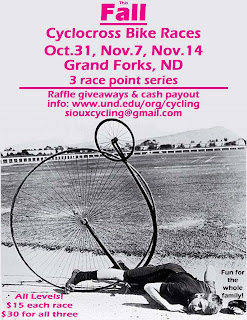 The photo used on this flyer is one I had taken at the St. Olaf cyclocross race in the weeks prior. As the name says, we threw this race together really quick and dirty, which is why the entry is so low and participating in the race was “at your own risk.”